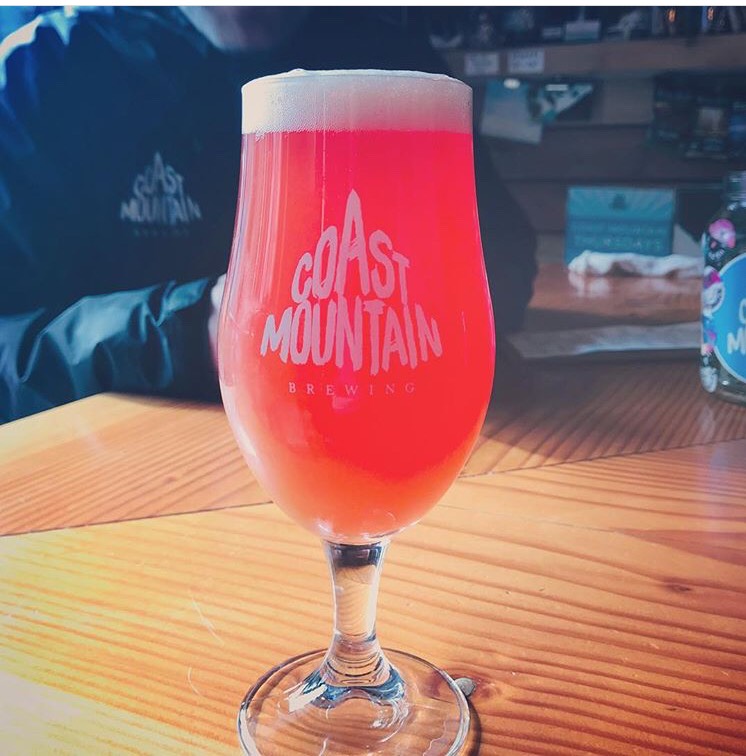 Highlighting one of our favourite yeast strains, titled A-20 Citrus, it cranks out orange and lemon aromas with plenty of tropical fruit notes. The addition of tart cherry juice part way through fermentation gives the beer it’s glorious colour and plenty of character. Expect sour, sassy, juicy, bright pizzazz in a glazz. 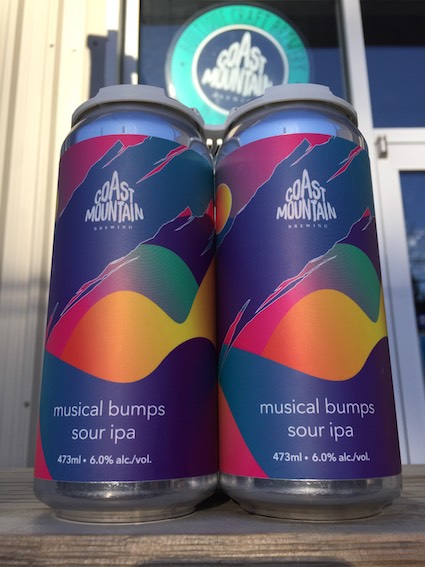 Not too crazy sour, this beer has just the right tartness and is loaded with all of our favourite hops: Galaxy, Vic Secret and Citra. Musical Bumps is fermented on 3 separate yeast strains to obtain a tart, juicy Sour IPA that bites back (just a little) at 6%.

Fruit Snack begins with our house lactobacillus culture for bright acidity. Then we age the beer on hundreds of freshly squeezed limes and tons of Blackberry purée which give the beer its beautiful colour.
Berliner Weisse is a sour wheat ale by style, nicknamed the Champagne of the North. And it dates back 500 years, originating in the region around Berlin, Germany. But today, only a handful of German breweries are left brewing Berliner’s. Now it’s heavily influenced by craft brewers around North America (and beyond) adding their own twists on the traditional style.
Weisse means wheat, and this beer uses a malt bill consisting of 50% Canadian grown wheat adding body and 50% German Pale malt. But what about all that fruit in the beer? Well, Germans often play with the character of a Berliner Weisse by adding one of two syrups, either rot oder grün (red or green). The red is usually a sweet raspberry syrup and the green is a more traditional grassy herb known as woodruff. Our BiG twist on the style uses blackberry purée and fresh squeezed limes to add body, flavour and take the beer to a galactic level of zippiness!
Fruit Snack is complex, fun and stirs conversation wherever it’s pouring. 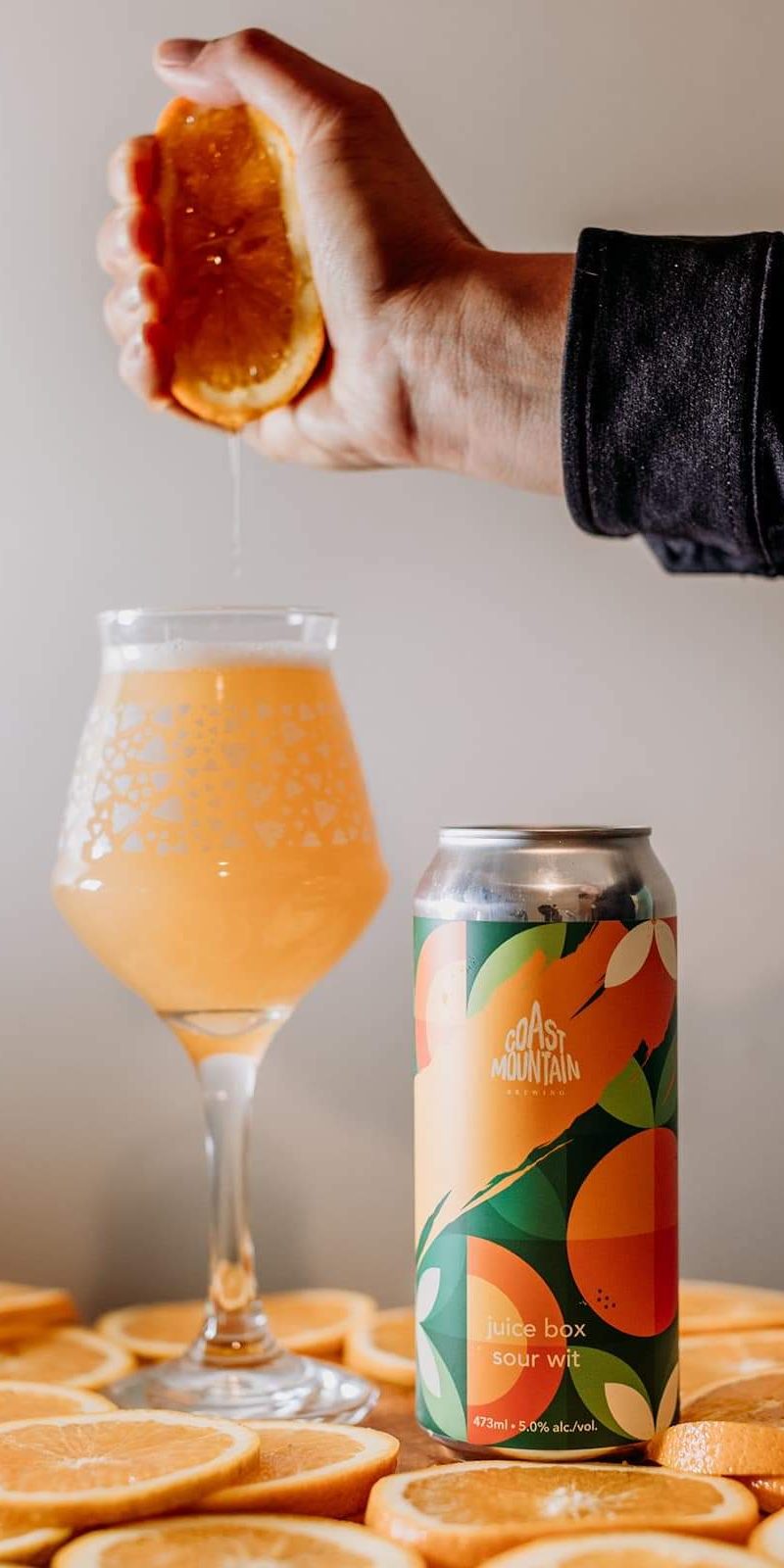 Fresh orange peel creates a lively acidity that imparts a bright-tart character. Dry-hopped with Huell Melon, Citra and Mandarina – a Juice Box for the big kids!

Available for pints only.

Belgian inspired sour, brewed with our house lactobacillus culture and a select blend of traditional European malts and hops.

Parallel wavelike ridges caused by winds on the surface of hard snow. Especially in Polar regions. 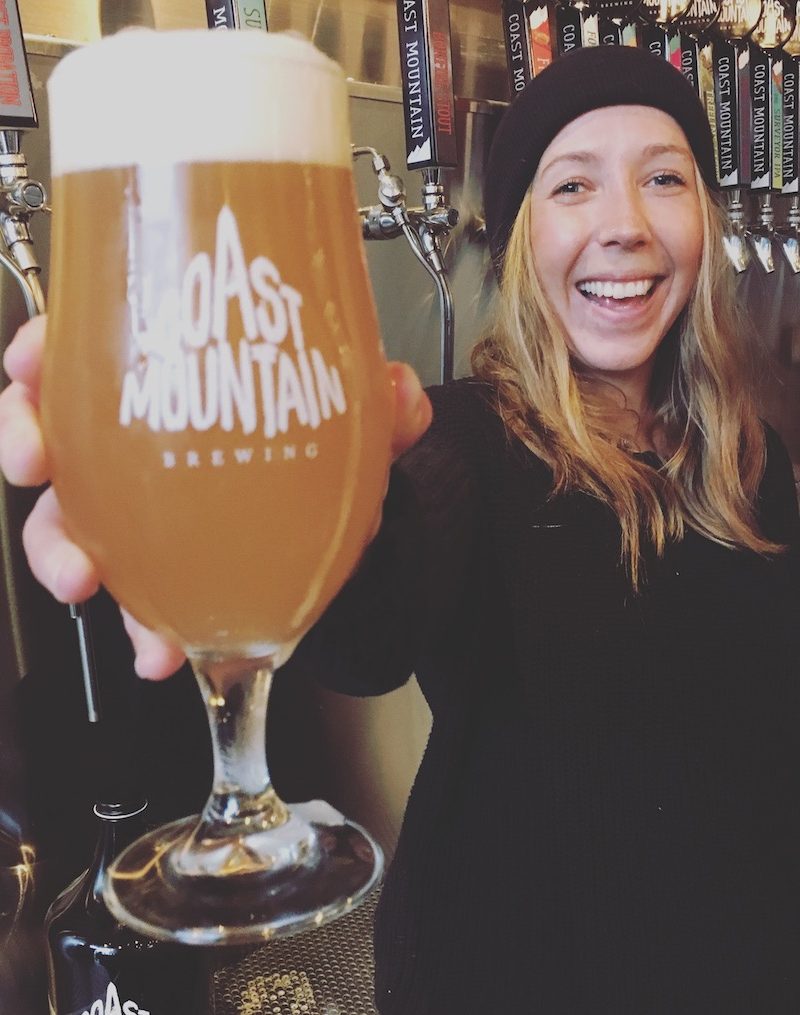 Soured with our House Lactobacillus Culture then fermented with Belgian Yeast and Dry-Hopped with Williamette Valley Hops’ featured experimental hop BRU-1 with Mosaic.

This time of year things tend to get a little wet outside as the snow turns to rain and puddles gather all around us. Socked-In hazy sour days are here in the mountains with Simcoe hops driving the flavour train with earthy, berry citrus like characters.

Alpenglow Blood Orange Sour is one of our favourites, lightly soured with our house Lactobacillus Culture. It’s infused with Blood Oranges and thoughtfully Dry-hopped with Mosaic then aged to perfection.

A Sour Wheat Ale intentionally pale, crisp and tart. Conditioned with our house lactobacillus culture. Habitual Drifter is a nice, light and refreshing wheat ale having no particular group or heritage.

Pomegranate juice is the star of the show. With the supporting cast member being the hop that made hops famous, Cascade hops. With its zesty grapefruit flavour and aromas that pair perfectly together here in the First Aid Kit Pomegranate Sour.